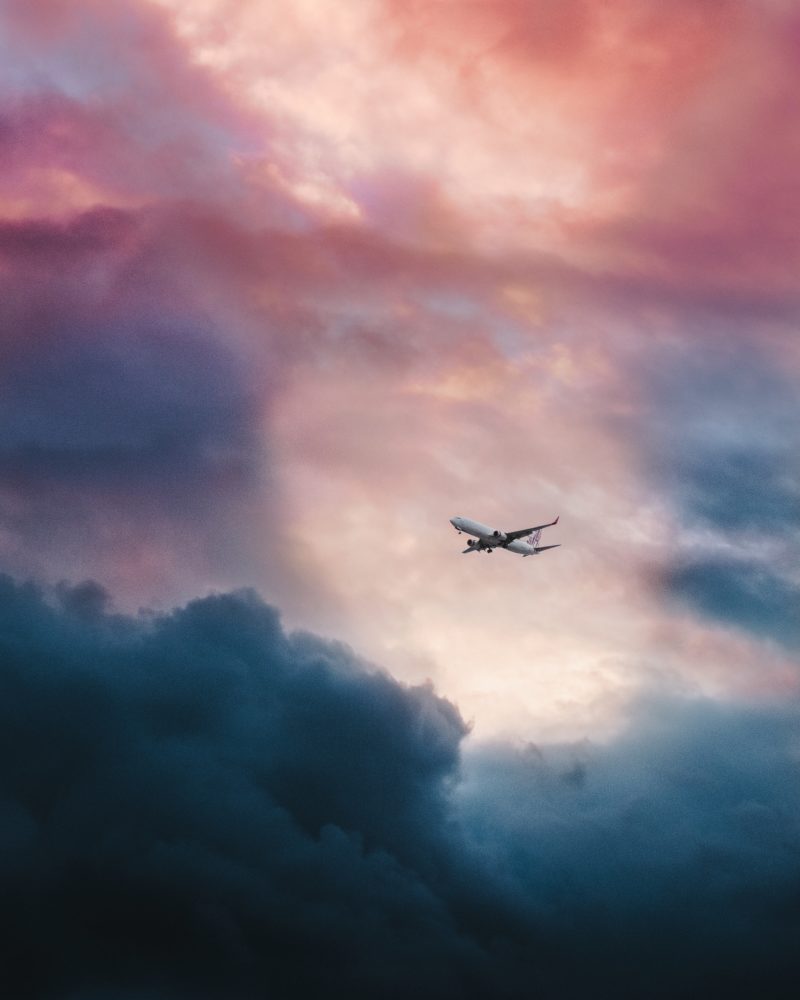 What causes turbulence? When and where is it most likely to occur? Is flying through turbulence safe? How do pilots avoid turbulence?

Once of the most common causes of anxiety on airplanes, even for the most seasoned flyers, is turbulence. In the atmosphere, turbulence is defined as “a state of fluid flow in which the instantaneous velocities exhibit irregular and apparently random fluctuations.” And I know what you are thinking: “what in the world is that supposed to mean?” More simply put, turbulence is caused by air or winds in the sky that flow in different directions at different speeds. Just imagine being on a boat that is moving along the calm surface of a lake. What happens in front of you when another boat crosses your path? The other boat’s path and motor creates a “wake” of water flowing outwards or perpendicular to the boat’s direction. The once smooth water in front of you is now choppy and will be bumpy when your boat passes over the “wake” from the other boat. That little bit of wake then continues in the same direction, slowly dissipating until it disappears or hits the shore. Now replace those water molecules with air molecules. The exact same thing happens in the air, but since you can’t see air molecules, the “wake” or turbulence is essentially invisible to the naked eye.

Some of the most significant and visible causes of turbulence are storms and other convective weather patterns.

Ultimately, turbulence can be caused by a variety of factors, not just other planes. Some of the most significant and visible causes are storms and other convective weather patterns. Without getting into the details of how storms and adverse weather patterns are formed, all you need to know as a passenger is very basic… Large, towering cloud formations, rain, lightning, and any similar physical indications of a storm will mean that those areas are full of rough air or “turbulence.”  As a result, pilots will make every effort to avoid any and all of these forms of weather whenever possible (or at least minimize the time in or around them).

Again, it’s important to note that the plane is completely capable of flying through any of those kinds of weather.  Airplane wings will always produce lift and continue to fly as long as there is air. So, while storms may create little momentary pockets of less dense air that will cause a bump, they cannot create a vacuum where there is no air at all. Like the boat scenario mentioned above, the airplane wing may bounce or skip over an invisible wave of air in the storm, but the wing still has air all around for support just like the boat has the surface of the water.

Bumps on a flight may make it feel like the plane is about to fall out of the sky (that sinking or falling sensation you may experience), but there is simply no physical way for the wings to stop supporting the plane up in the air. However, even though planes can safely fly through storms, pilots typically try to avoid them because it makes for a very bumpy and uncomfortable flight. There’s simply no reason why anyone should have to get bounced around for hours on end if they don’t have to be.  Passengers do not like it and neither do the pilots.  Fortunately, most storms are easily seen and avoided.  Radar on the plane and on the ground combined with reports from other planes makes it very easy for airliners to avoid any storms that might cause bad turbulence.

Another culprit when it comes to turbulence is terrain (mountains, hills, etc.).  Typically, when wind blows across a flat portion of the earth there is nothing in its path.  Therefore, it stays relatively constant, steady, and smooth.  This makes for a nice ride when planes fly though that air.  However, when these same winds have an object in their path, the direction of the wind may change as it comes into contact with that object.   For example, this is very common over the Rocky Mountains in the western region of the United States.  When wind comes into contact with these massive mountains with jagged ridges and peaks, the air is deflected into a variety of directions (mostly upward, along the face of the mountain).  As a result, winds from lower altitudes flow along the surface of the mountains and are forced upward into other layers of air and wind.  The two air flows then collide and produce turbulent air (like the crossing of wakes from two boats on a lake.)  This is why flying over mountain ranges can tend to be very bumpy.  In order to avoid those rough patches, pilots will use reports from other planes and Air Traffic Control to find out what areas or altitudes are smooth and avoid sections that have turbulence.  Unfortunately, there are times when there may still be some bumps, but the plane is still completely safe.

Sometimes turbulence can even be caused by things that we cannot see with the naked eye.

Sometimes turbulence can even be caused by things that we cannot see with the naked eye.  Temperature and pressure can also influence the air and cause turbulence.  If you’ve ever flown into Las Vegas or some of the airports located out in the desert areas of the Southwestern United States, then you know how bumpy it can be even when it is totally clear outside.  There is a reason for this.  Aside from the effect that local mountains can have on wind, the air temperature and the heat from the sun also play a part.  In desert areas, the temperature typically drops at night after the sun has set.  During the night, the air and ground cools.  When the sun rises the next morning it begins to re-heat parts of the air and the ground, but not all at the same rate.  Shaded areas out of the sun’s path, behind hills, mountains, or other objects, stay relatively cool.  The air that gets exposed to direct sunlight then heats up and expands.  As that warm air expands, it flows upward away from the ground, rock, or object that is being warmed by the sun, thereby displacing other air.  These hot spots then are essentially creating little jets of air, much like the water coming out of Jacuzzi jets in a pool (granted they are much smaller and flow at a very reduced rate).  But, the concept is the same.  So, when these pockets of warm air flowing from the surface come into contact with smooth winds at higher altitudes, the air again becomes choppy (this may happen at very low altitudes as well).  Even worse, is when there are also strong winds flowing over surrounding mountain areas.  It is entirely possible that within an hour or two of sunrise, the heat of the sun will turn a calm cool wind or breeze into a hot and gusty wind.  But even these conditions are never a threat to a modern airliner.  Once again, it just makes for a bumpy and uncomfortable ride.

Remember, airplanes are designed to handle winds or turbulence that is much worse than anything you’ve EVER experienced on one of your flights.  If you don’t believe me, then ask yourself this: Have you ever been on an airliner that flew through the middle of a hurricane?

Be sure to read Turbulence Part II..